Ok, so most people know there are a few different ways that solid body electric guitars are built.. Some, like a Stratocaster, have a neck that’s bolted to the body, and some, like a Les Paul, have the neck glued into the body with a mortis and tenon joint

This guitar, even though it will be built to resemble a Les Paul, will be neck-through-body construction instead of the traditional glued in neck. Also unlike Gibson, I will be using real mother-of-pearl for the headstock and fretboard inlays rather than the acrylic (plastic) inlays they use, stainless fret wire rather than the standard nickel-silver alloy. Finally, I’m replacing the “Gibson” logo on the headstock with my own “Addict” brand.

Even the most cursory examination by a rank amateur will instantly show this is not a copy, a counterfeit, or a replica, and is making no effort to pass itself off as a Gibson guitar but rather, a completely different guitar thats simply designed to resemble a Les Paul.

Now, as to why I am doing this, I like the look of a Les Paul. Like the venerable Stratocaster, the Les Paul is iconic in rock music. I do have guitars I built to my own designs, but I grew up loving the look and sound of these two rock monsters, so I had to build at least one of each for myself. With my own modifications of course. 🙂

I have purchased a set of the “Bartlett” plans, which are arguably the most respected blueprints available. they capture, with as much certainty as possible, the exact dimensions and construction methods used by Gibson for the much revered and sought-after 1959 Standard Les Paul model.

Obviously since I have changed some very fundamental design elements I am not following these plans to the letter, but I am following them with regard to body shape and size, neck angle, headstock angle, etc.so the finished product should capture the exact look I’m after.

Here is the inlay I’ll use for the top of the headstock. The font emulates the font on a Les Paul headstock, but displaying my company name. Making an inlay this precise is beyond my own abilities, so I had it custom cut for me on a CNC machine, and I’ll inlay the result. 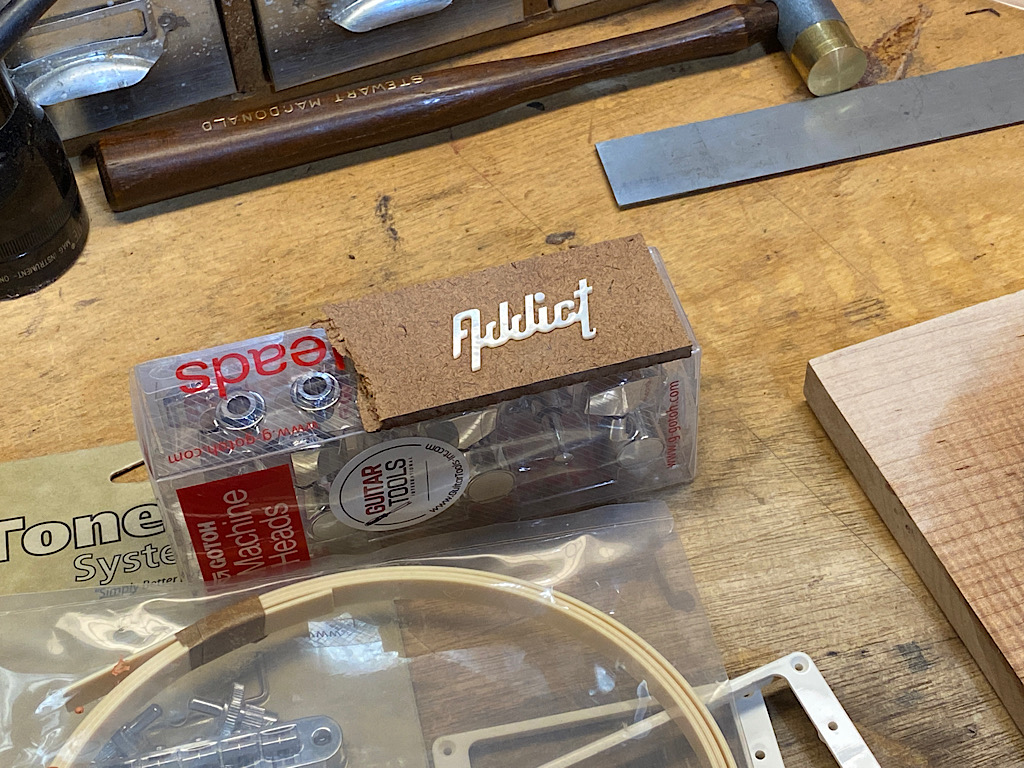 Other parts for the build. Traditional tune-o-matic bridge and tailpiece. 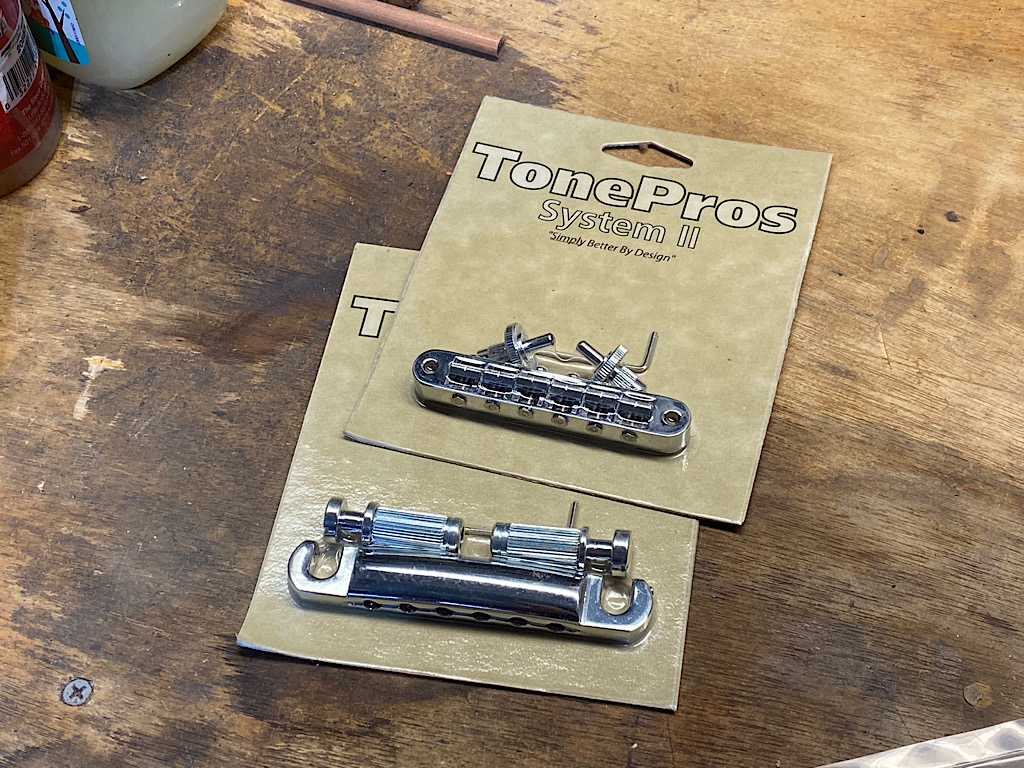 Binding for the body and fretboard, pickup rings, and an unbleached bone nut 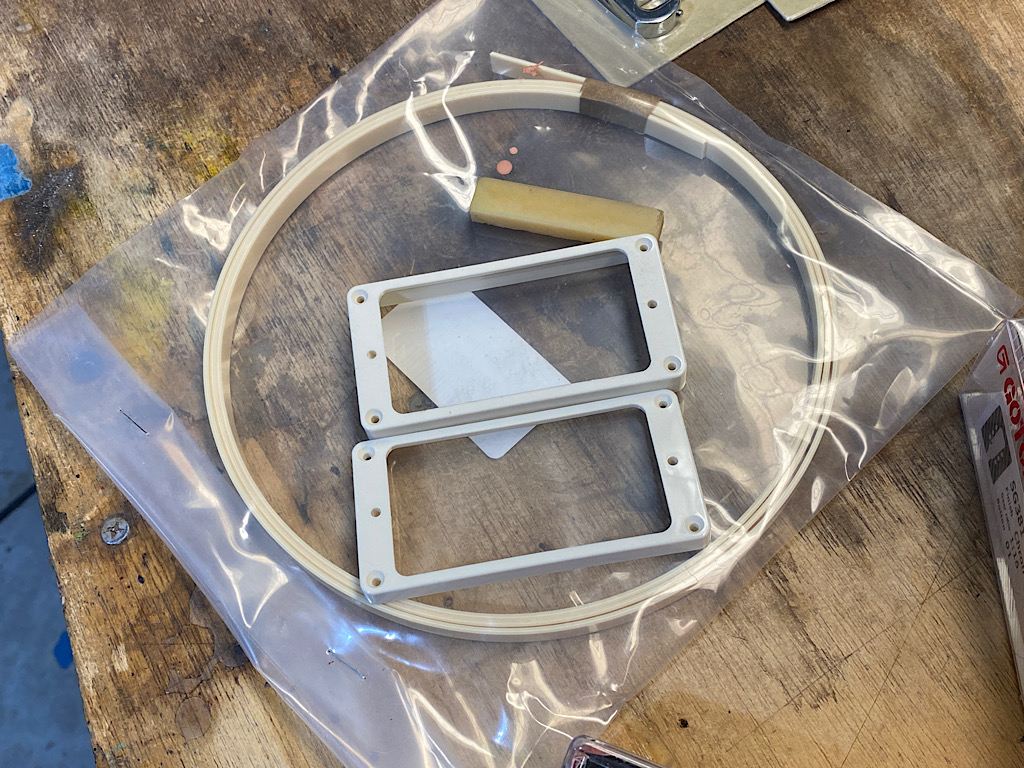 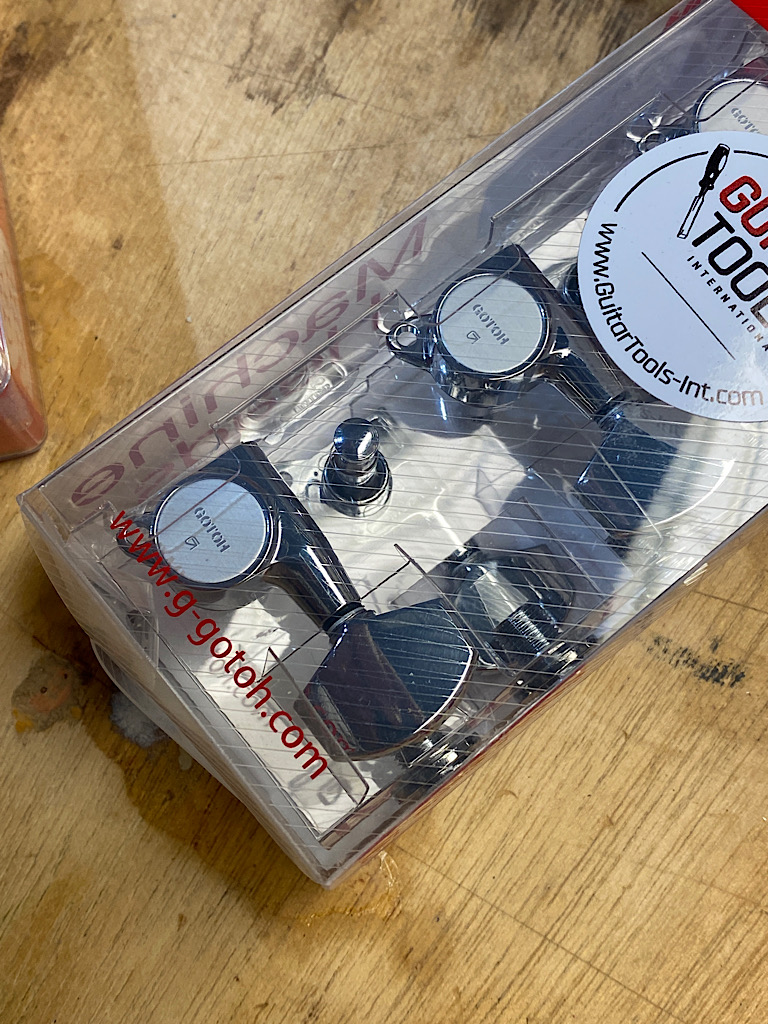 Seymour Duncan “Pearly Gates” pickups. These are a traditional output humbucker with a nice growl, in zebra configuration. 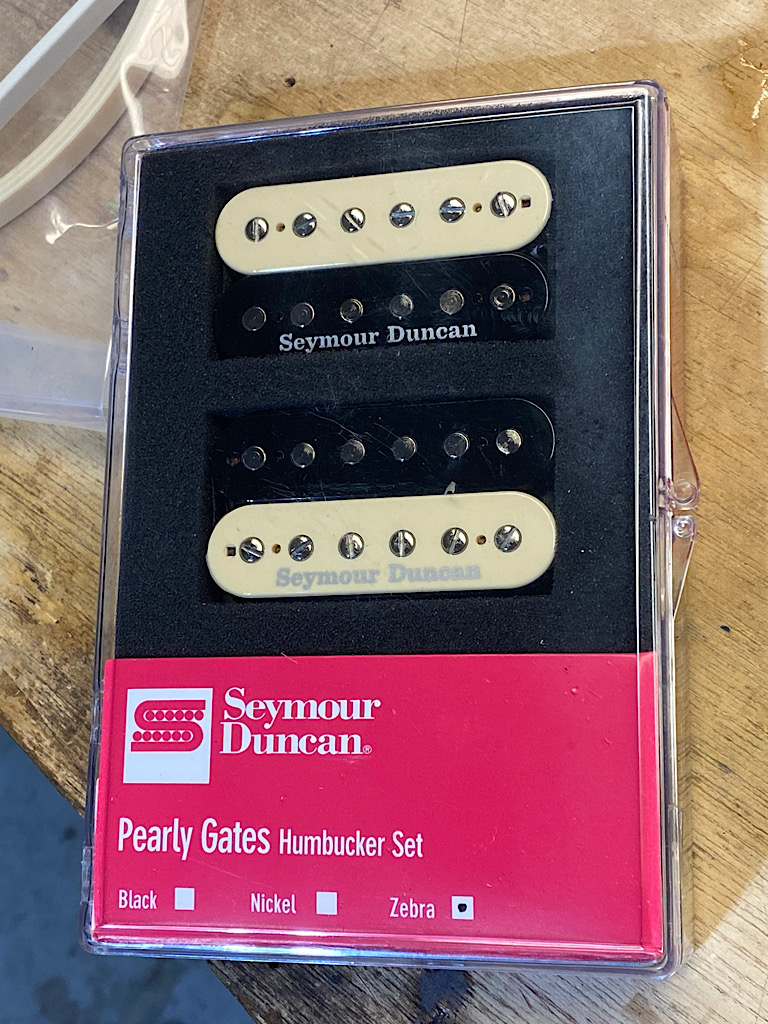 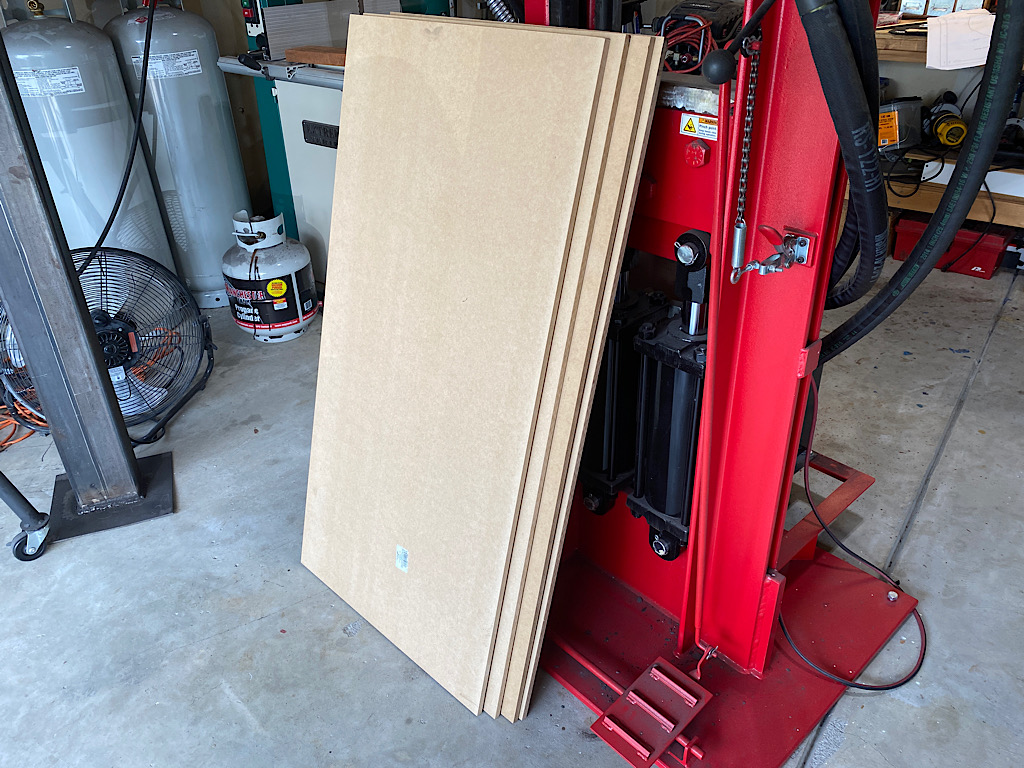 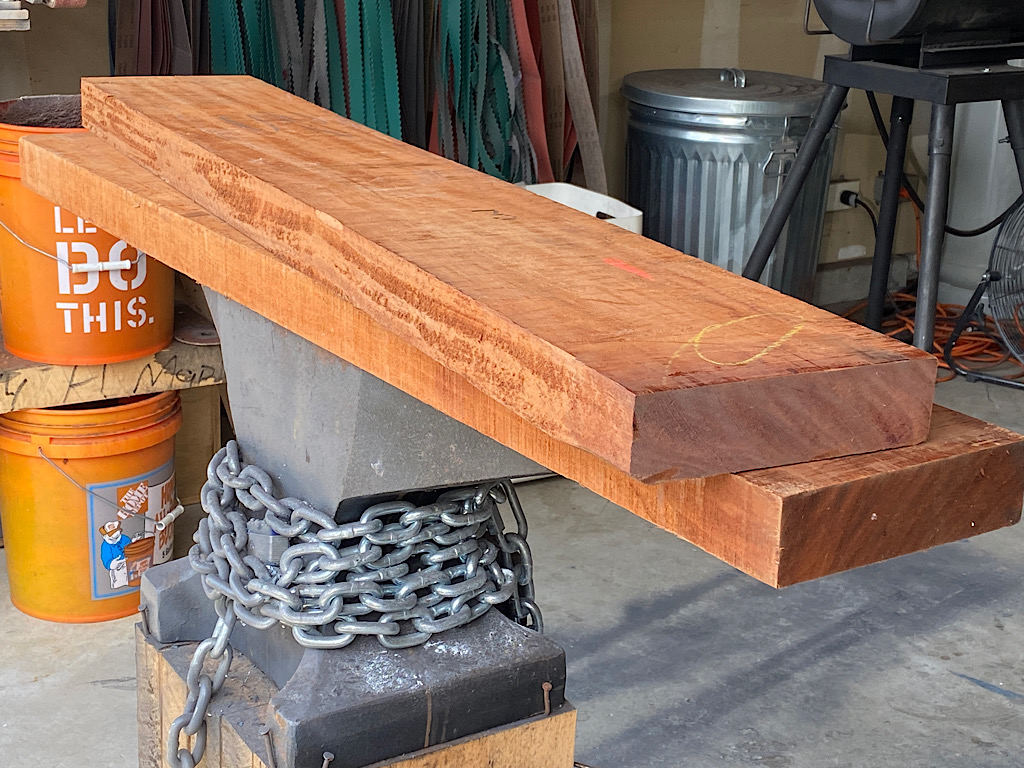 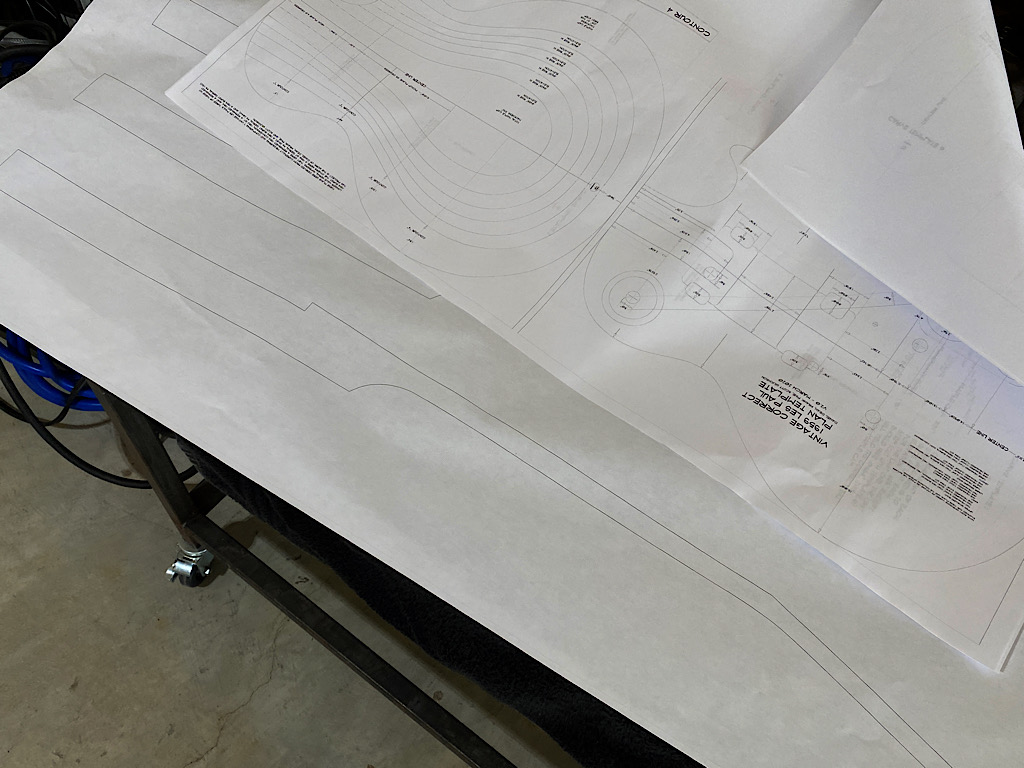 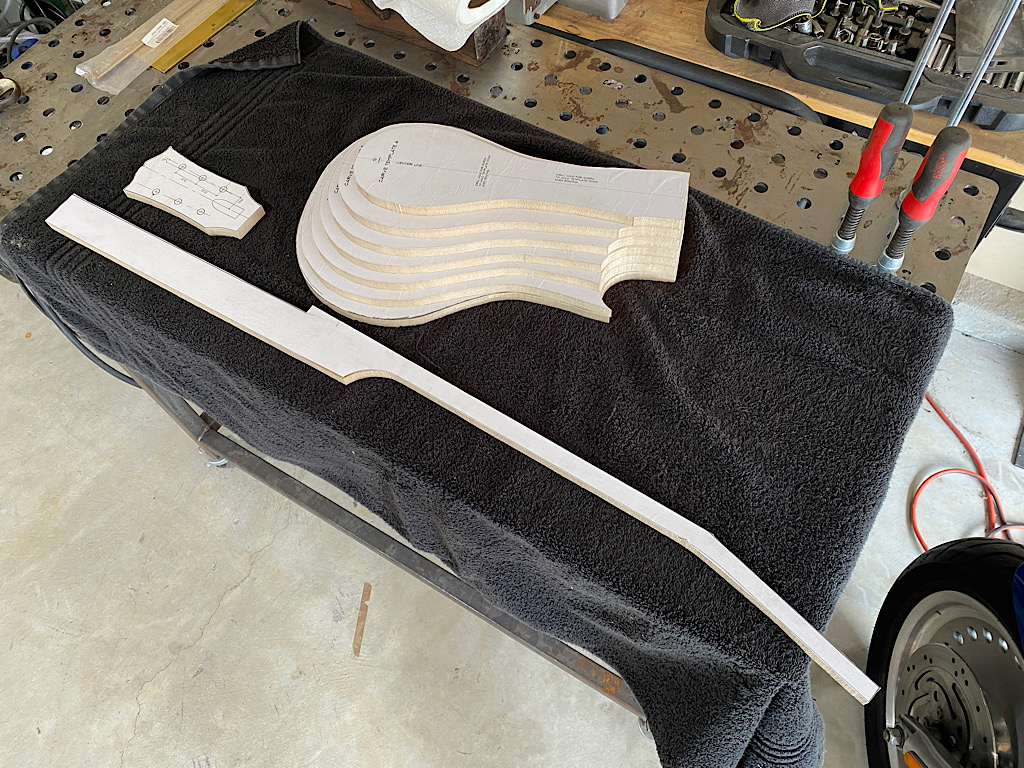 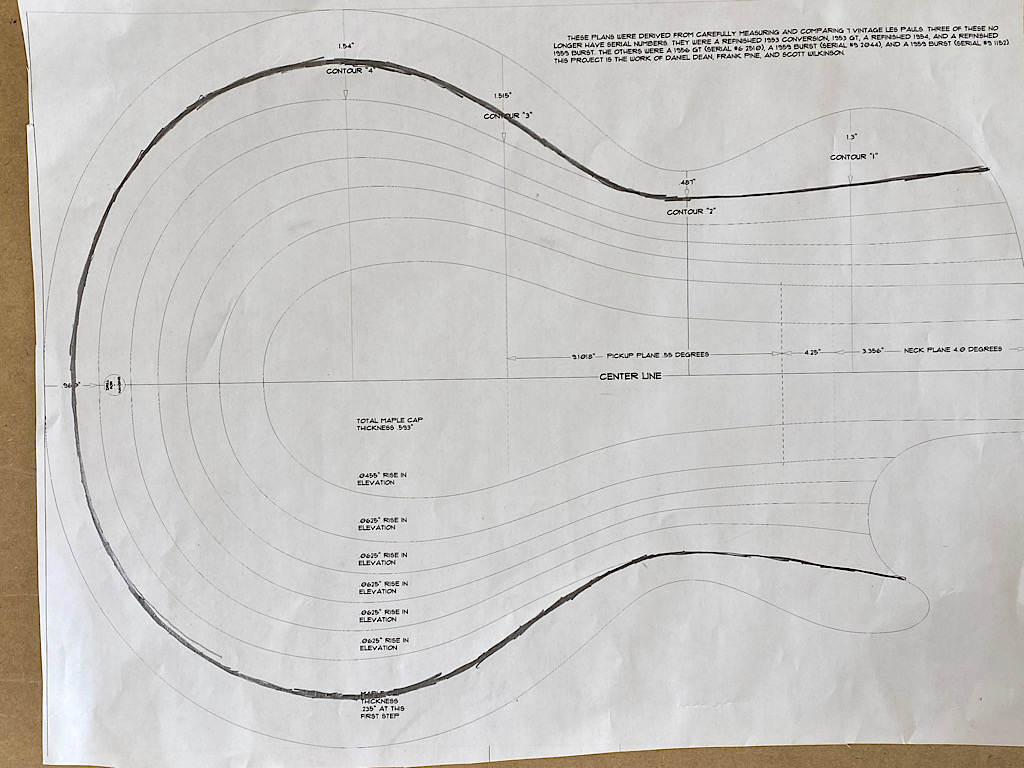