As the name indicates, this is a Les Paul “style” guitar. I’m building this in honor of my son Jake.

Jake was a warrior. 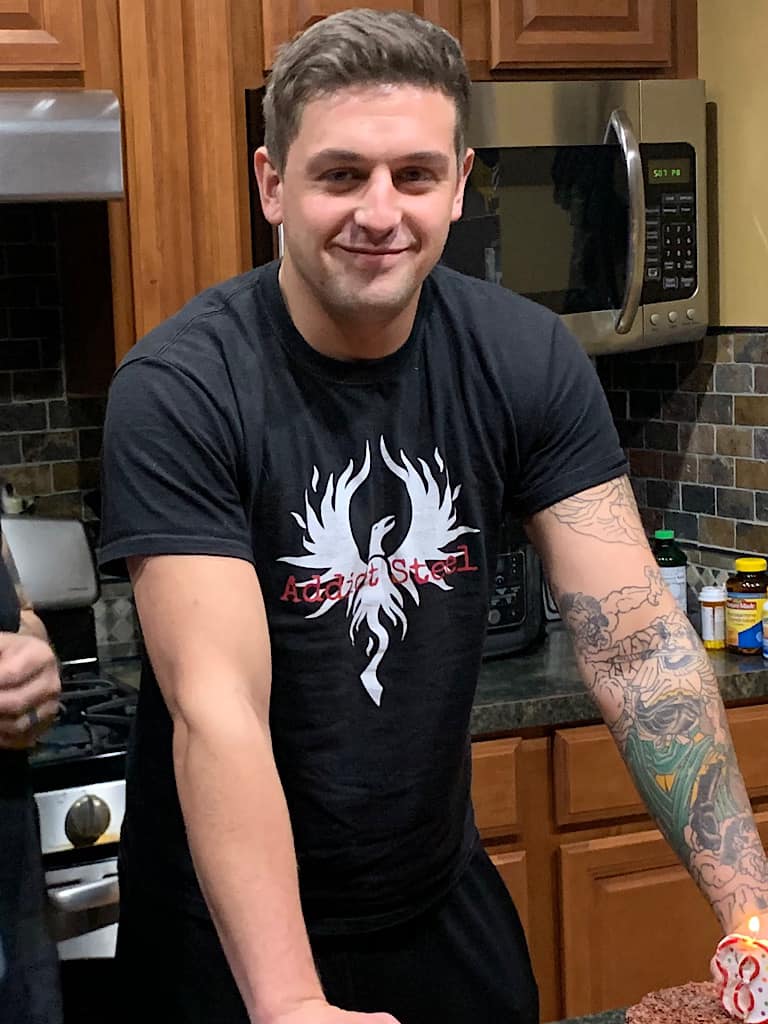 You can see in this photo Jake had a lot of traditional Japanese tattooing on his left arm. It was a pair of Samurai warriors fighting demons, and to him it represented the struggle that he and his brother Chris fought with the demon of addiction. It was a work in progress that he never got to complete. I’m going to carry on with that on my own left arm to keep him with me always.

Jake loved the whole warrior ethos and hoped someday to train in traditional Japanaese budo, or warrior arts. I used to train when Jake was younger, and he enjoyed working through several kata with me that I taught to him down in my basement where I had a small training area. I gifted him with a non-sharp katana for practice when he was young, and when he got older I also gifted him with a fully sharp katana. Those that attended his memorial service saw that sword on the table along with his guitar. The sword currently resides on the wall above the container in which I keep his ashes.

Anyway, I will be inlaying the headstock of this guitar with the kanji characters for “Bushido” which translates to “way of the warrior” and was the core code of the Samurai, and a large inlay on the back of the body of a Samurai wielding a katana.

Lets begin, shall we?