When I say it is to honor him its not meant to imply that a Les Paul was his favorite guitar, or blue was his favorite color (although he WAS partial to blue).
What I mean is that the custom inlays were meant to represent my assessment of his spirit, and the connection I have with him.
He never quit.

Every time he got knocked down, he took a breath, gathered himself, and stood back up and tried again. No matter how sad, how hurt, how embarrassed, or how demoralized.
No matter what low this disease brought him to, he never laid down for it. He kept fighting right until the end, and the fact that he ultimately lost doesn’t change that one bit.

He was a warrior.

He also felt a personal connection with the Samurai culture and had traditional Japanese style artwork tattood on his arm of two samurai fighting demons.
To him this symbolized his and his brothers fight against the demons of addiction.

He and I also used to practice Kosho shorei ryu kempo kata together back when I was still training, and he always wanted to train with me.
unfortunately we couldnt work that out logistically due to where we were both living at the time.

So the inlay on the back of the body speaks for itself. Its a single Samurai warrior and represents Jakes warrior spirit.

On the headstock are the Kanji charcters that say “Bushido”, which translates as “Way of the warrior”
Bushido is a moral code concerning Samurai attitudes, conduct, and lifestyle.
I think it embodies his spirit, and my connection with him.

A couple pix show a matching custom guitar strap I had made for this guitar by Well Hung guitar straps.
For you Jake. I’m proud of you. I’m proud of the person you were, the man you were becoming, and the spirit with which you fought.

I will love you always and look forward to the day we are reunited. 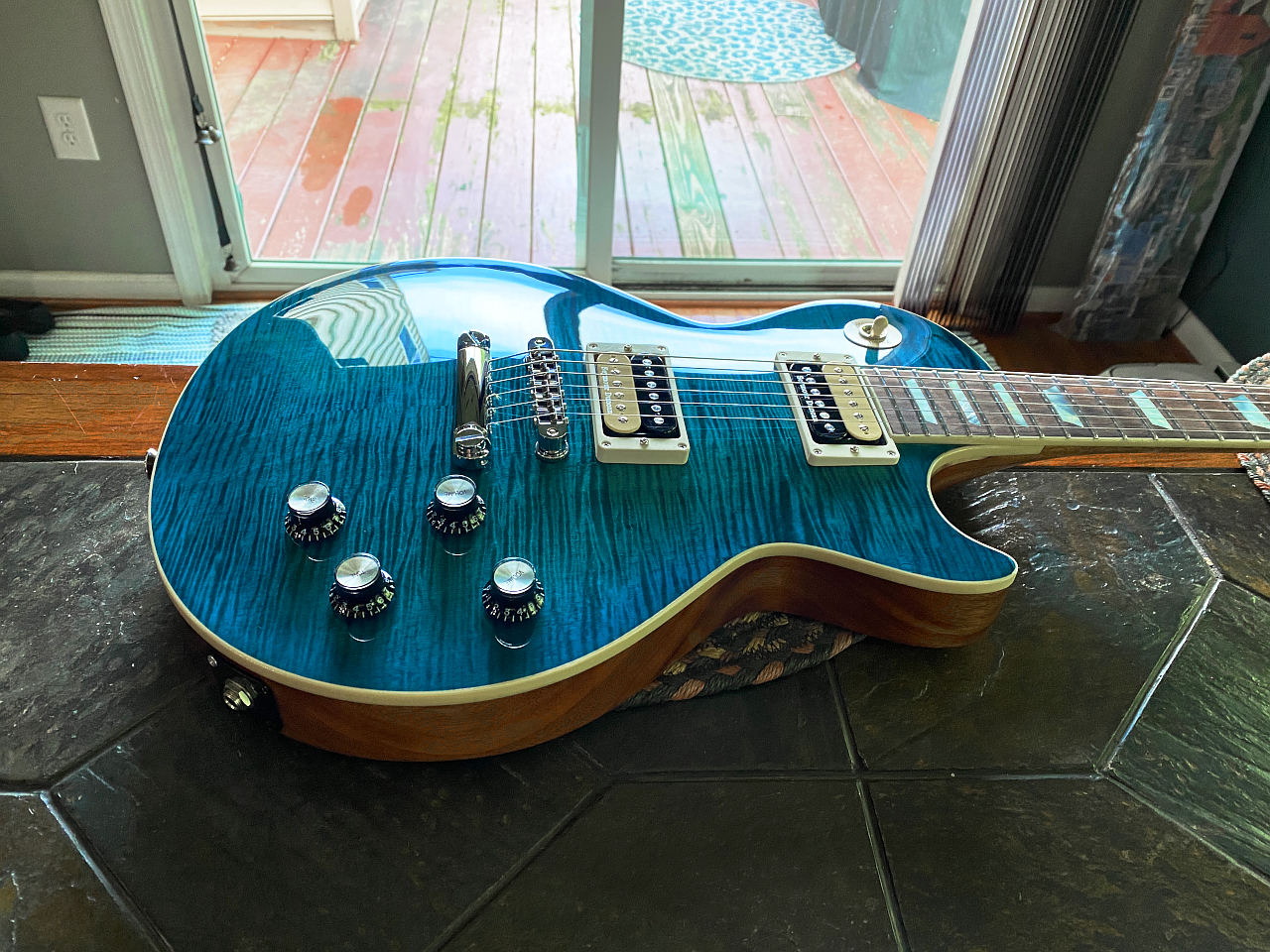 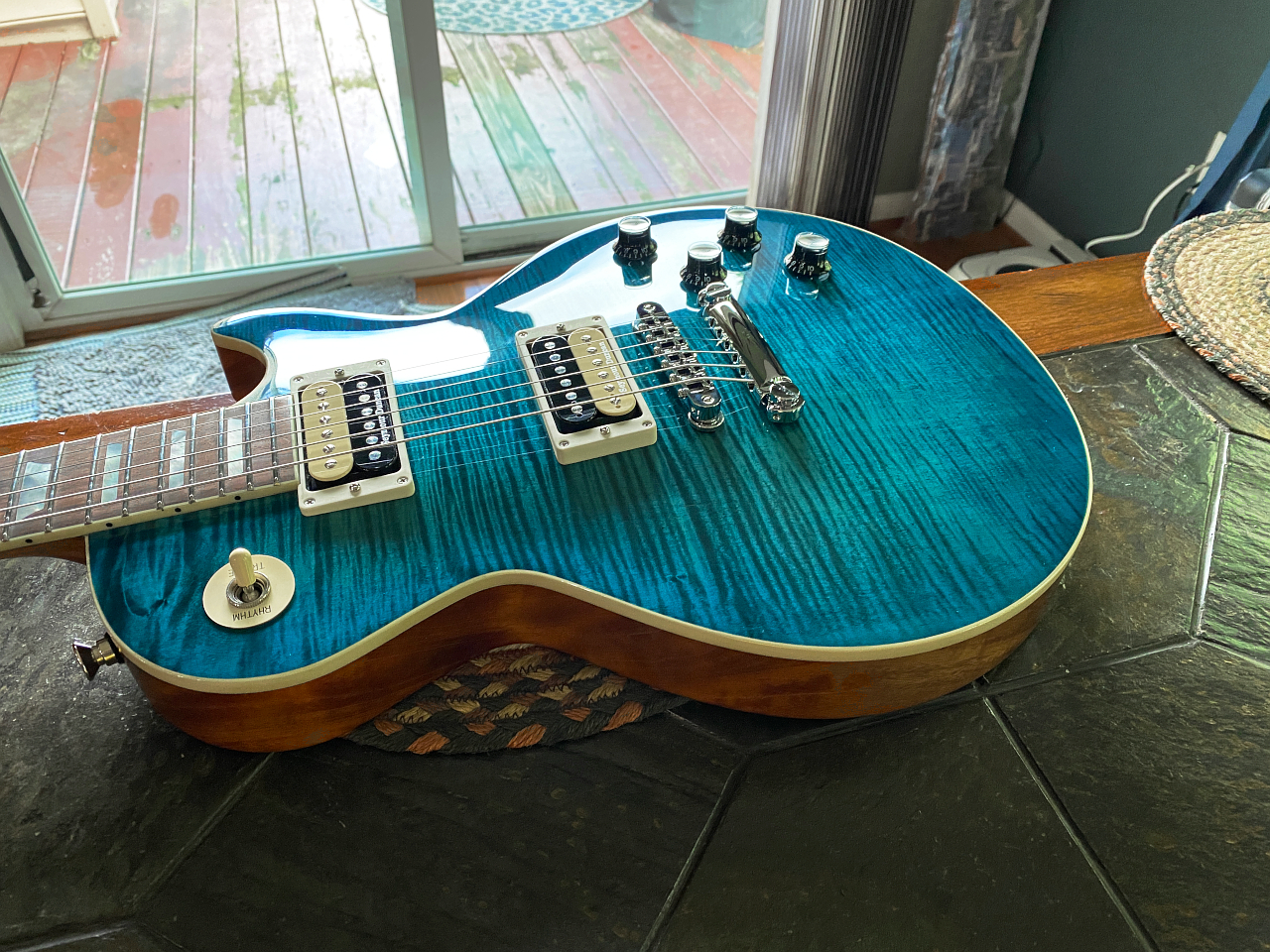 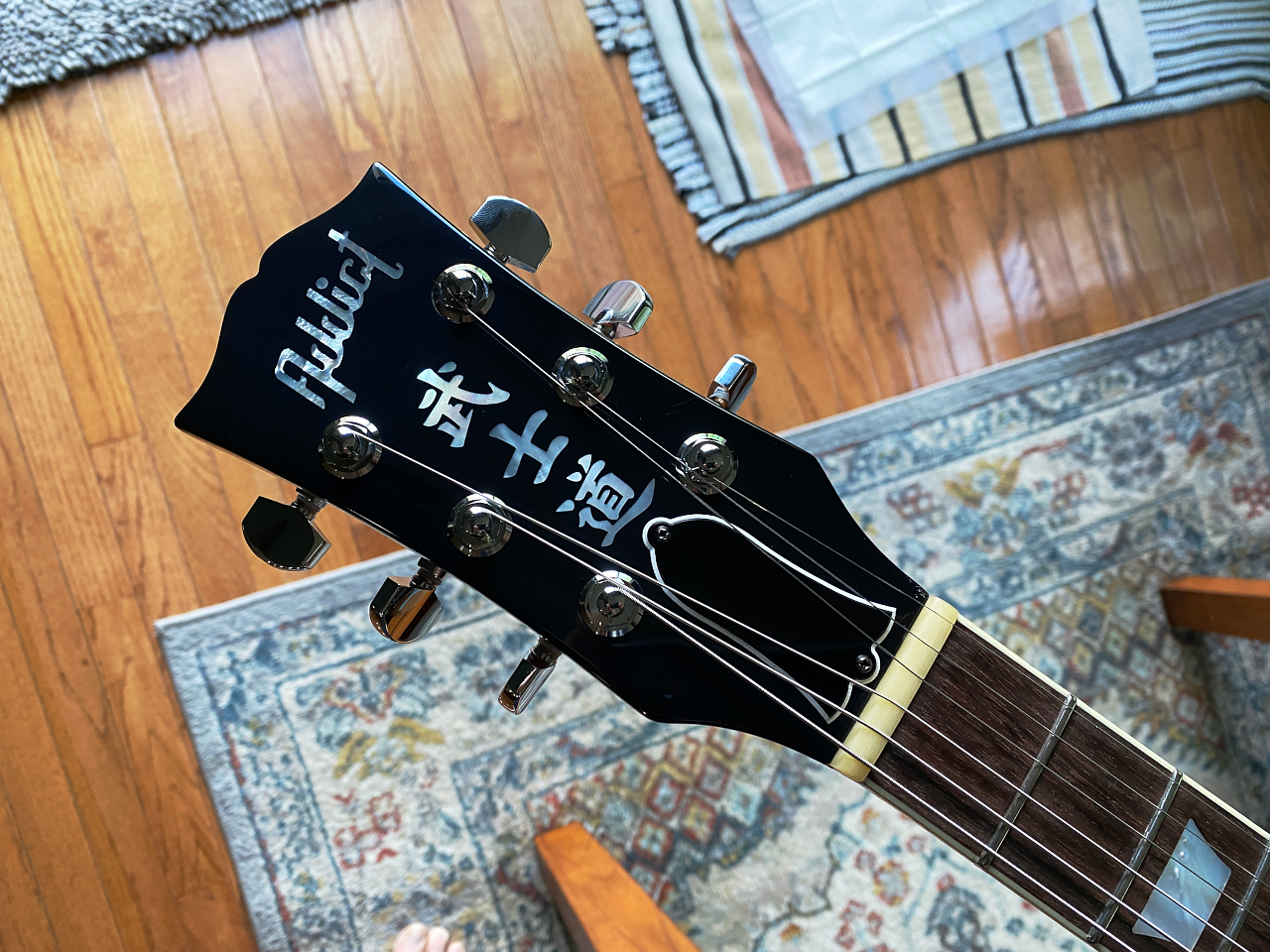 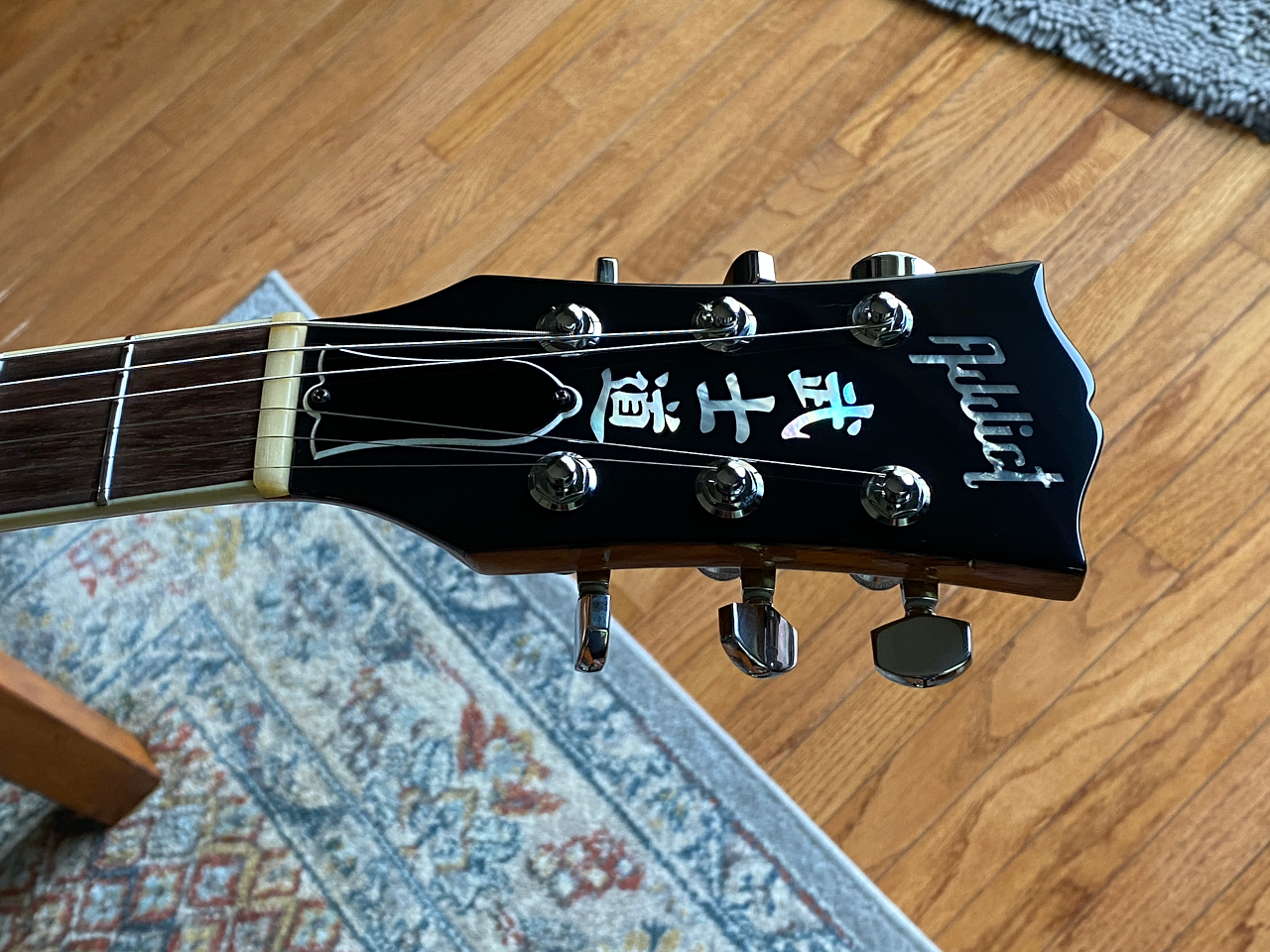 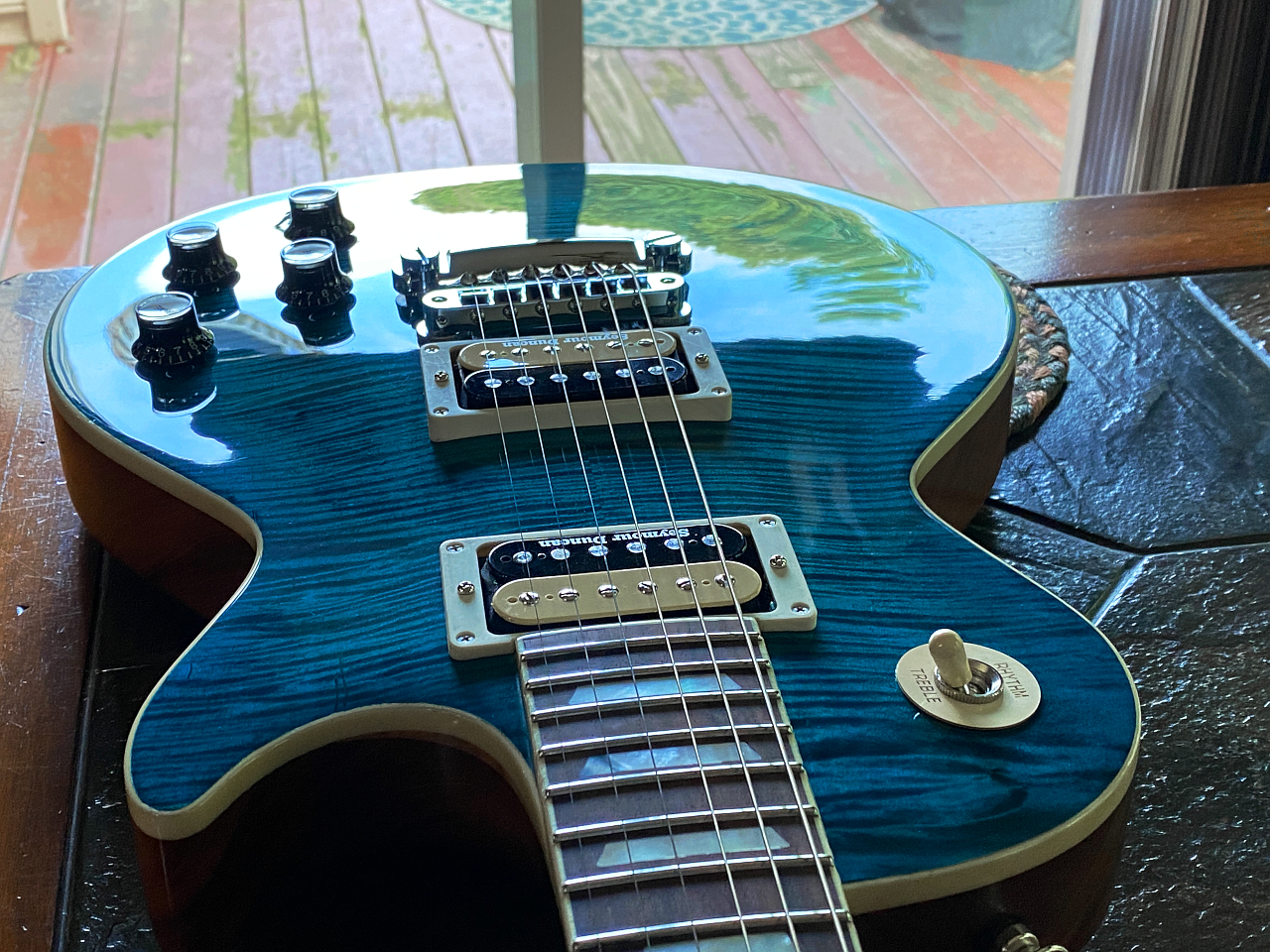 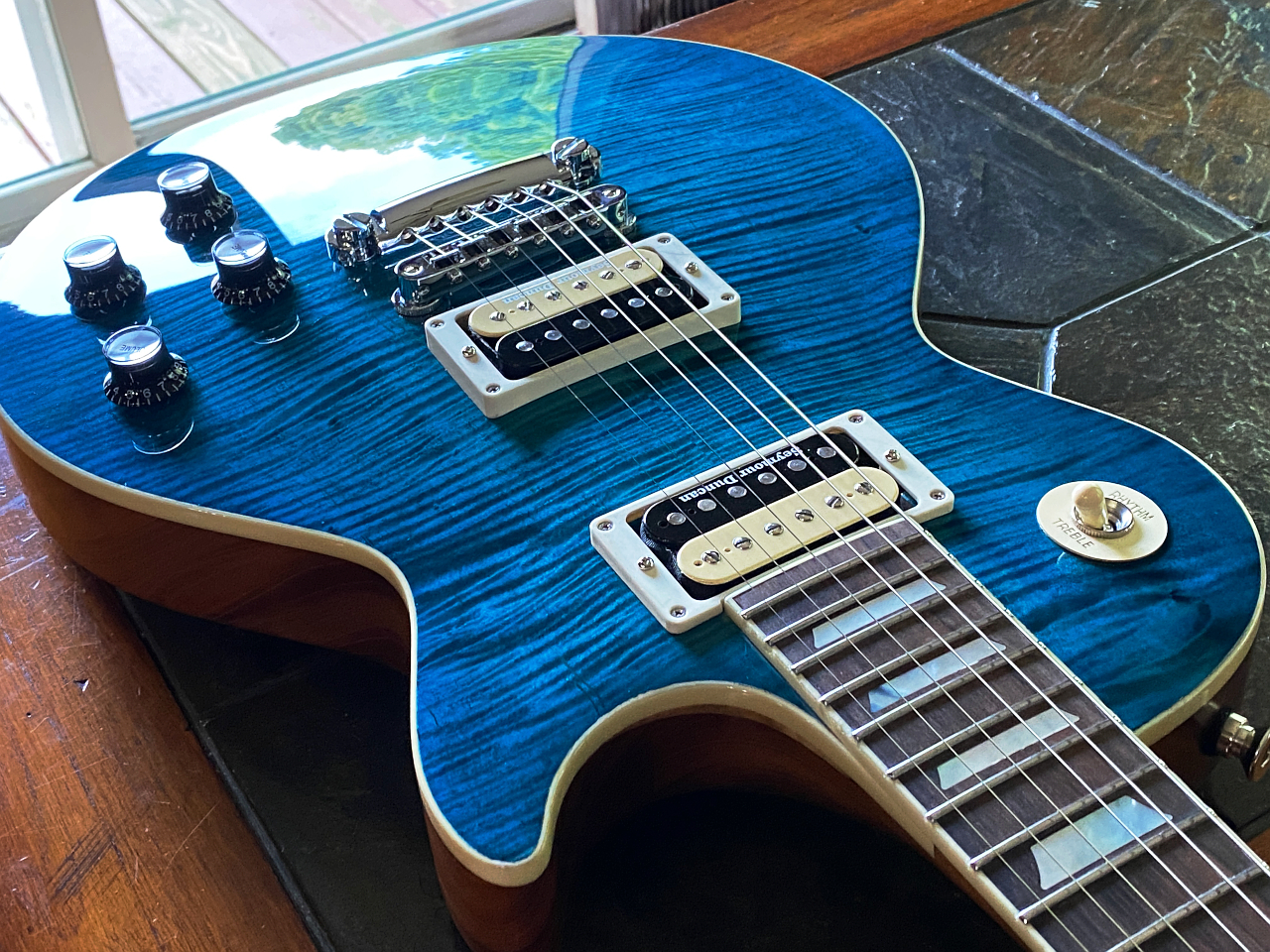 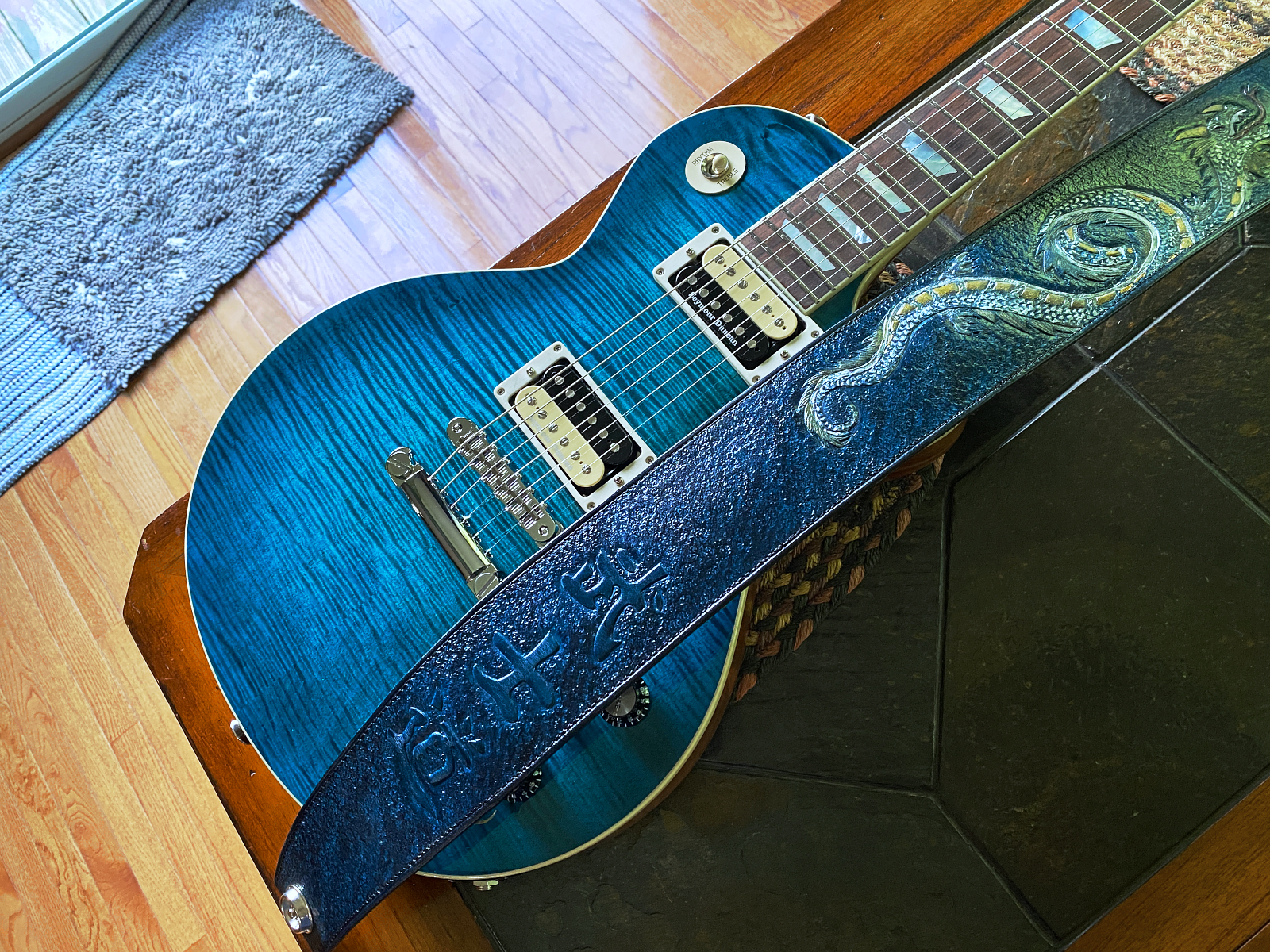 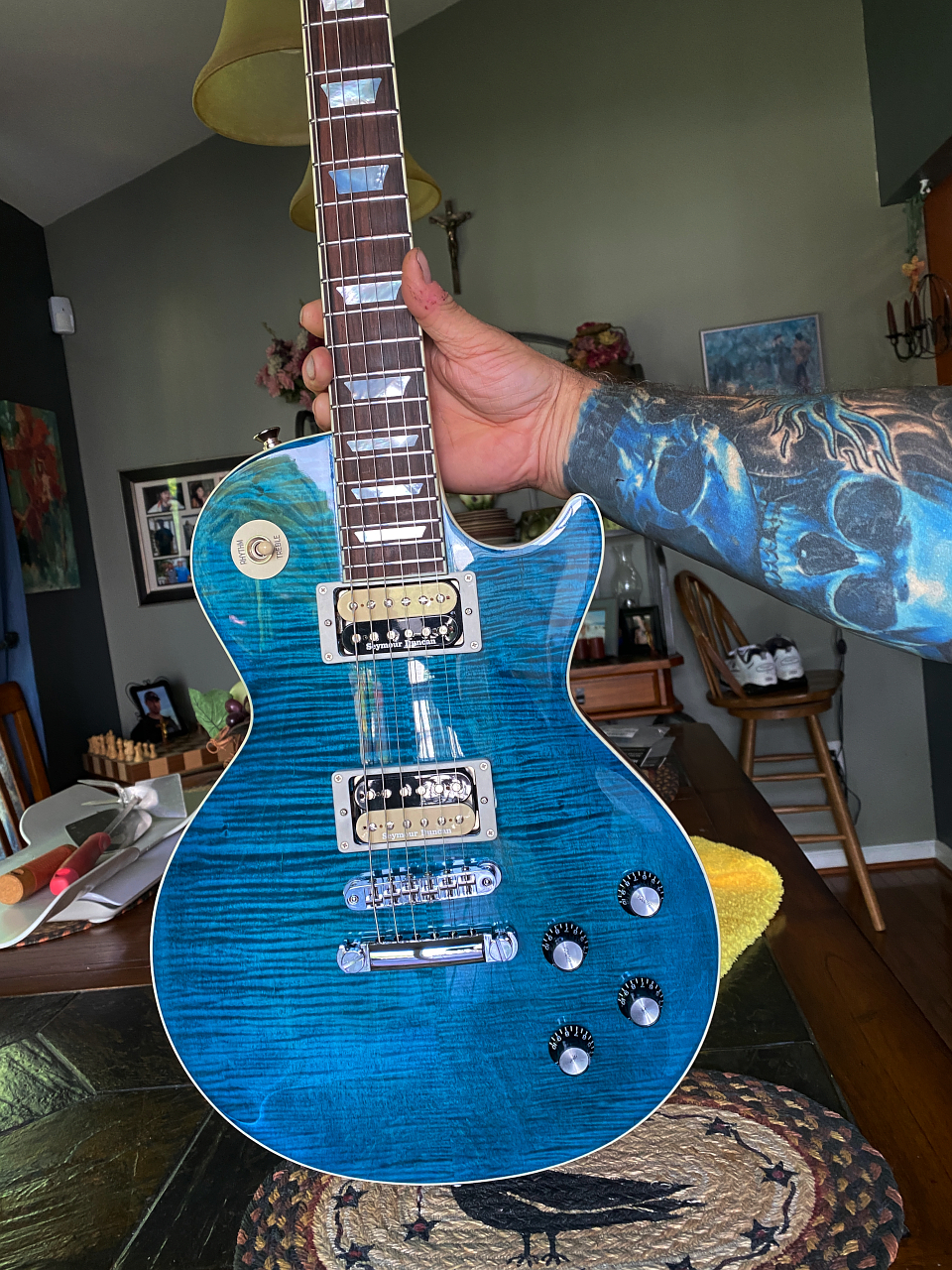 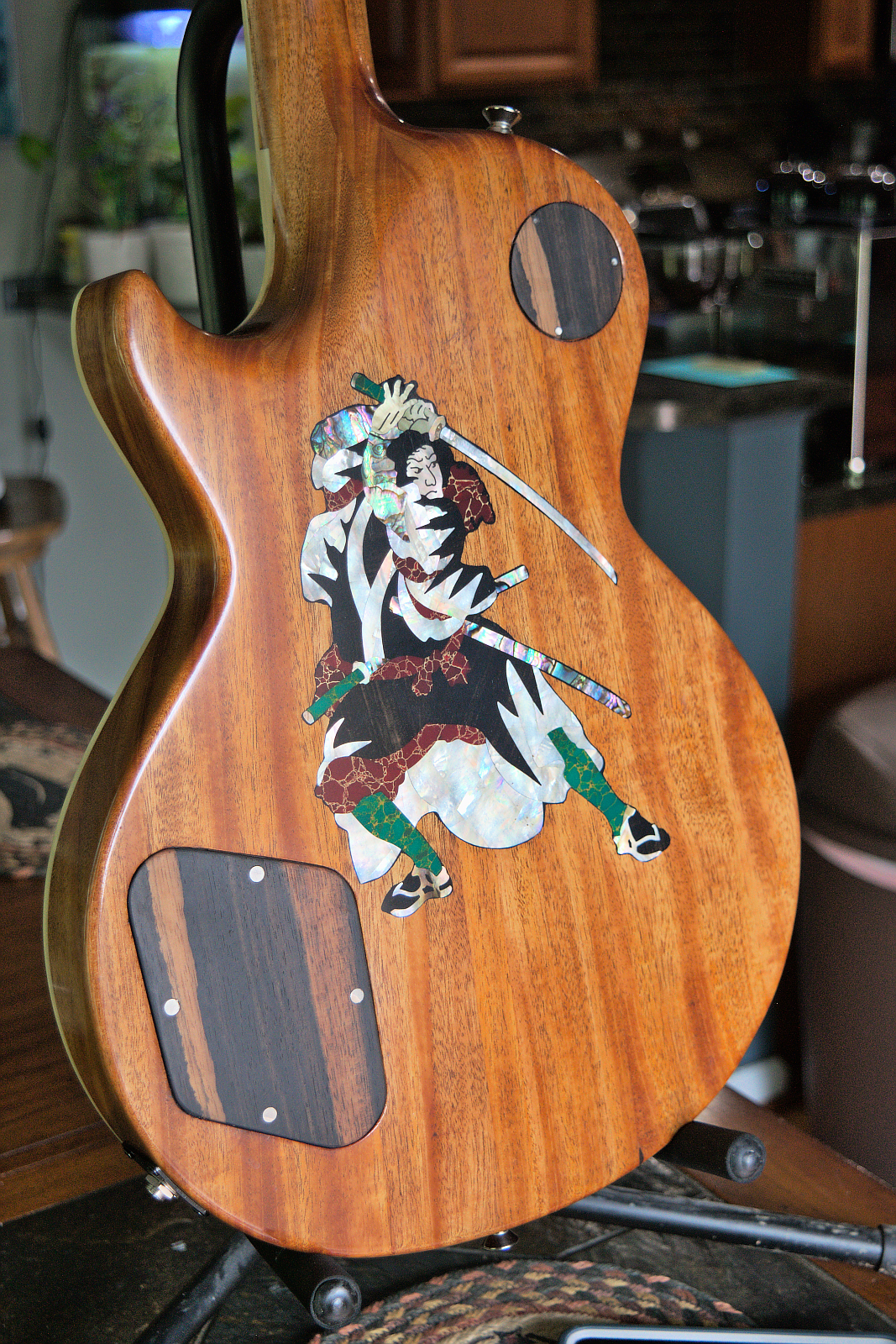 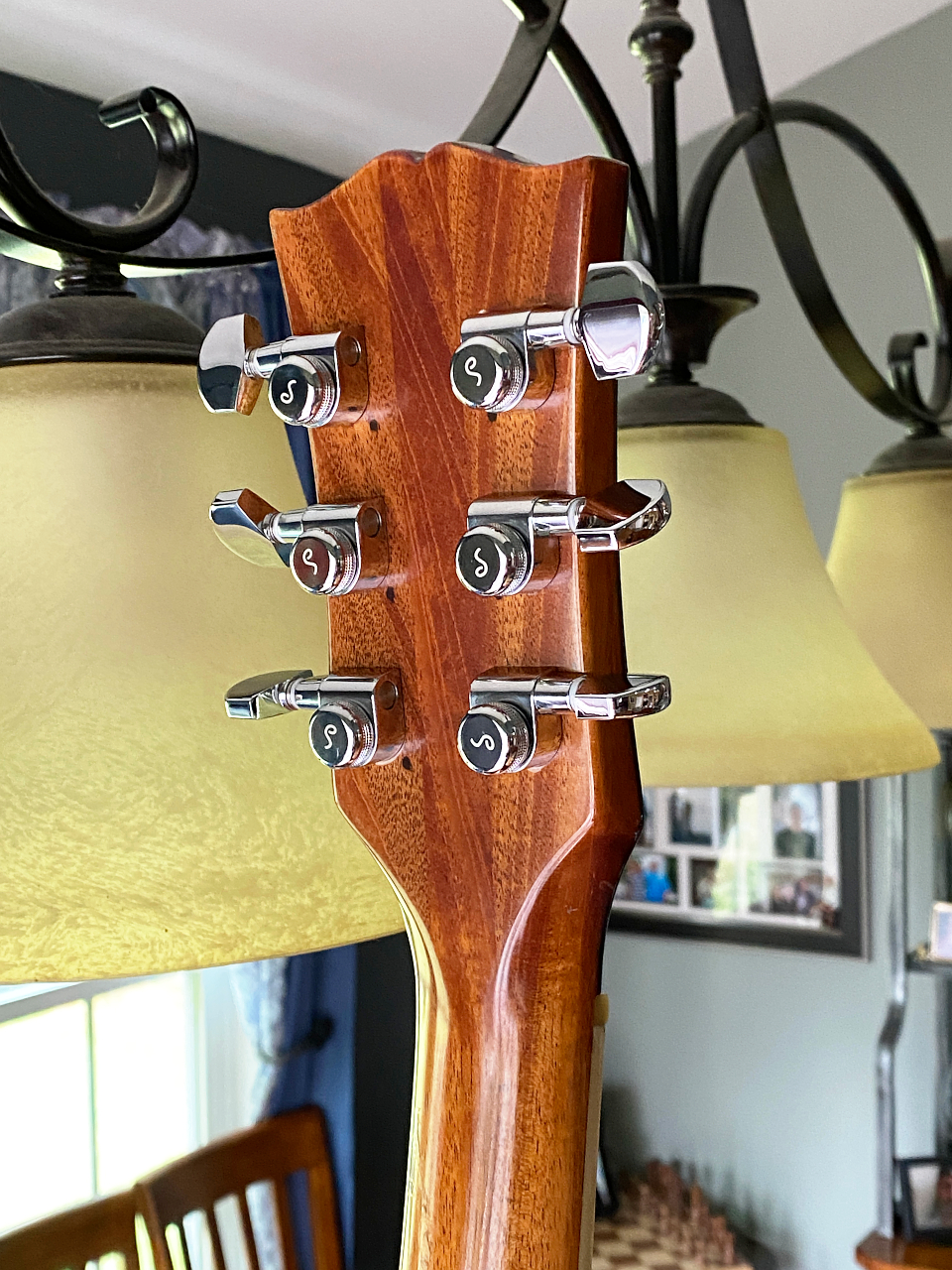